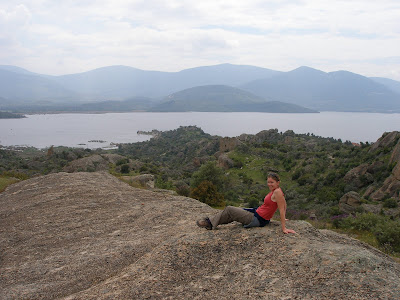 Once upon a time, a long, long time ago, there was a large, walled city on the edge of a natural harbour. It was close to the trade routes of the Aegean sea, yet well protected by both its location and more than 5km of stone walls, with numerous towers. It was called Herakleia, or sometimes, Latmos.

After some time, the Romans took over but they didn't really favour it like other cities and so it started to decline. And the landscape changed, blocking off the entrance to the sea and forming the large lake that exists today - consequently the city diminished entirely. Oh, and the Byzantines came along later and added a castle on the peninsula, but that too was eventually abandoned.
So, there is no longer a city on the edge of Bafa Lake; just a small, sleepy rural town filled with ladies selling handmade lace and delicious citrus fruit. Cows wear coloured beads around their horns and donkeys are a common form of transportation. All over the rocky hillsides the flowers were in bloom and the bees busy making honey from their nectar.
We parked up out of the way, but nevertheless had more than a few locals pop their head in the door to try to talk to us in Turkish (lots of smiling, hand waving and laughter). Each morning went to nearby cafe for tea – and on the last day, having got talking to the owner about the van and our trip, the tea was his gift to us. It really is a beautiful place. 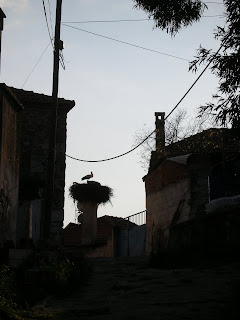 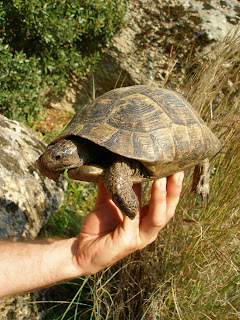 And on top of this, the stone walls, towers, amphitheatre, bath-houses and temples remain as testimony to the great city that once stood here – perfect for wandering around and scrambling through, enjoying the countryside. Indeed, the walls are so immense and the towers so numerous, we couldn't help but wonder – was it all for defence, or just for show? How many soldiers would be needed to guard this city, and who was attacking it? 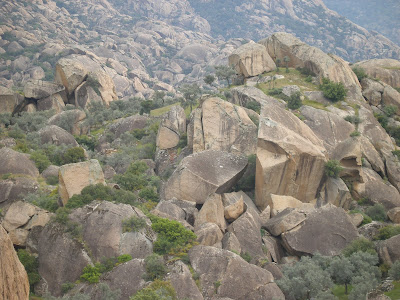 Apparently, too, the stones that were left over after these city structures had been built (and there are many!) are great for bouldering – a type of climbing where you never really leave the ground, so have no need for harness or rope, but instead make a short series of extremely hard moves around or to gain the top of the boulder.
Herakleia is the new bouldering destination, written up in climbing magazines as the place to go. We found some boulders worth playing on for a bit … but found many others where holds crumbled away or the ground was too uneven to fall on safely. Well, we have to admit that we didn't really try too hard as we're not really boulderers anyway!
Posted by j at 19:17