After hours of scouring the internet for reports of ice, browsing through all the ice report sites we know so well from last year and even finding some new ones, we headed to Arolla, Switzerland - two ice falls were meant to be in good enough nick to climb, and we had new gear to try out! 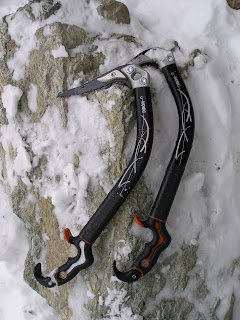 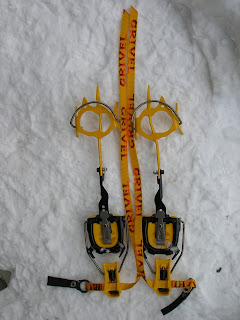 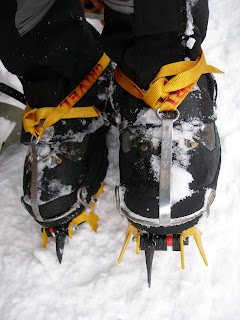 Shiny new gear! Crampons for both of us, and new ice tools for Jen too ... time to scratch some of that yellow paint off, eh? 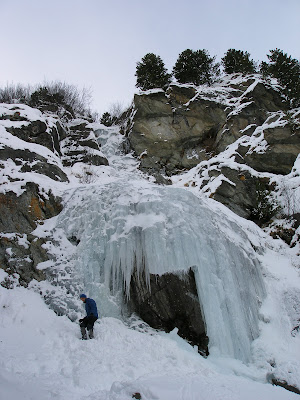 L'Usine Electric - the first of the two falls in nick. A wee bit thin and steep for the first climb of the season ... 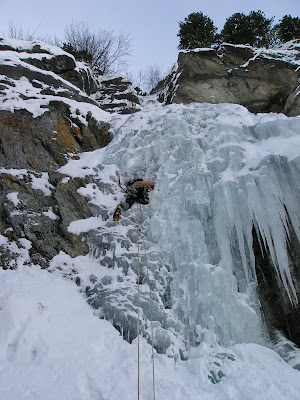 ... but a thorough examination through the rabbit hole indicated that the column was solid.

And on day two we headed towards the second ice fall - Cascade du Ignes. Relatively fresh snow made the approach a wee bit arduous, but we enjoyed the walk and checked out another team (who had skis!) on the route. 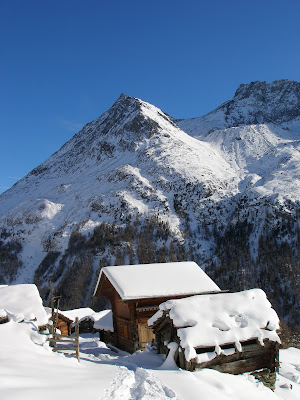 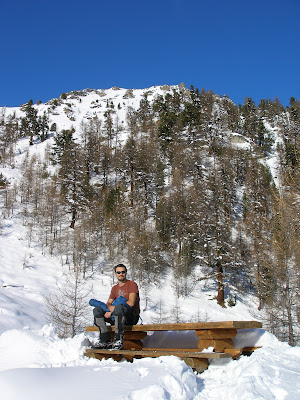