The Thing To Do around Kas is head out for a sea kayak over the remains of the ancient, ruined and sunken city of Kekova - inhabited by the Lycians and the Romans, and destroyed by an earthquake. Considering the perfect weather, we headed to Ucagiz and picked up a tour from there. 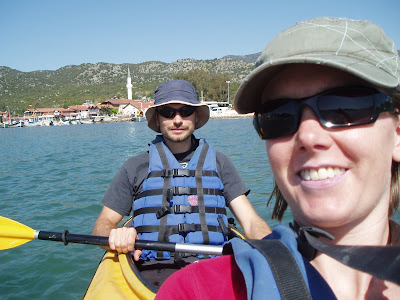 We stopped in at Simena for a stroll around some Lycian tombs (everywhere in this part of the world!) and to admire the castle - oh, and to have an icecream.

We then headed across the clear sea to paddle over the walls of the city buildings. As our guide informed us, everything made of individual bricks is Roman - everything carved into the rock itself is Lycian. A little bit of imagination is needed - it's not the most preserved ancient site we saw in Turkey- but hey, it was the only site we saw from a kayak. 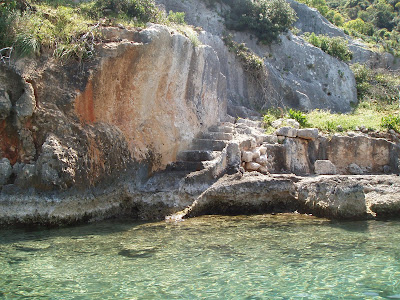 Hard work over, there was a BBQ lunch served in a sheltered bay ... perfect for a swim! 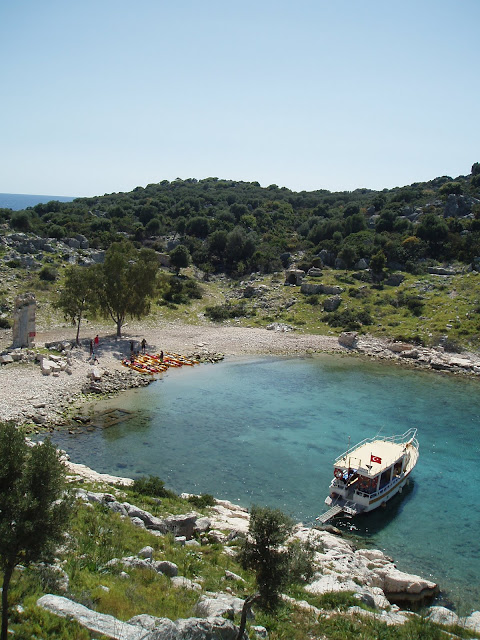