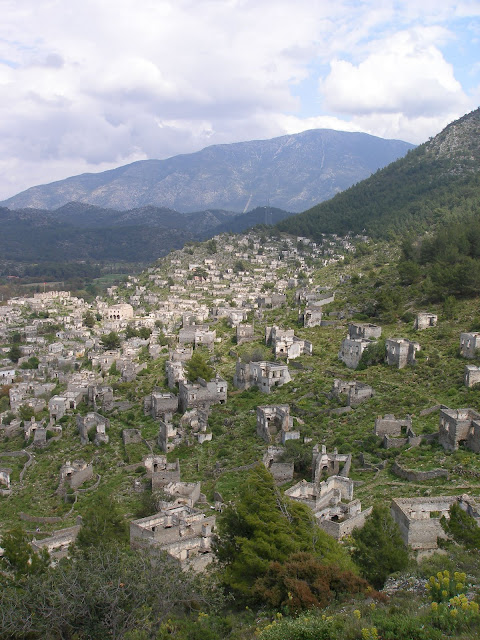 Having just read Birds Without Wings by Louis de Bernieres, we thought it was worthwhile to head to Kayakoy – a city of 2000 empty and abandoned stone houses near Fethiye. These abandoned buildings are a product of the population exchanges after WWI and the Turkish war of independence when all the Christians living in Turkey were sent to Greece and all the Muslims living in Greece were sent to Turkey. With more of the former than the latter, towns were left as empty shells. 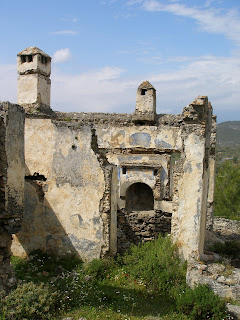 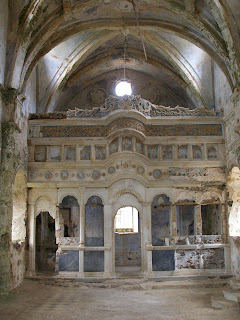 This was one of those brilliantly simple ideas from on high, designed to prevent further bloodshed, yet done without any consultation of the people forced to leave their homes and move far away: their struggles and the suffering and confusion felt by them are hard to imagine. Many of the houses still have their decorated fireplace, or bright blue paint on the walls, but now the streets, marketplaces and churches are empty.
Posted by j at 19:01